From Fortnite Wiki
(Redirected from Warehouses)
Jump to: navigation, search 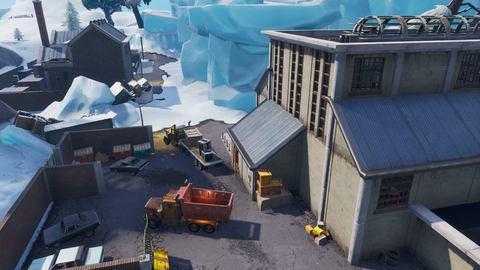 Warehouses (commonly referred to as Yonder Yard) was an unnamed POI located south coordinates E9, north of Happy Hamlet and southwest of Shifty Shafts. It was an industrial area with empty warehouses and shipping containers. One warehouse had a club setup with stage, lights and dance platforms. In Season 7, two of the buildings were crushed by the iceberg, leaving behind a large block of ice in the area. The POI was removed with the release of Chapter 2 Season 1. 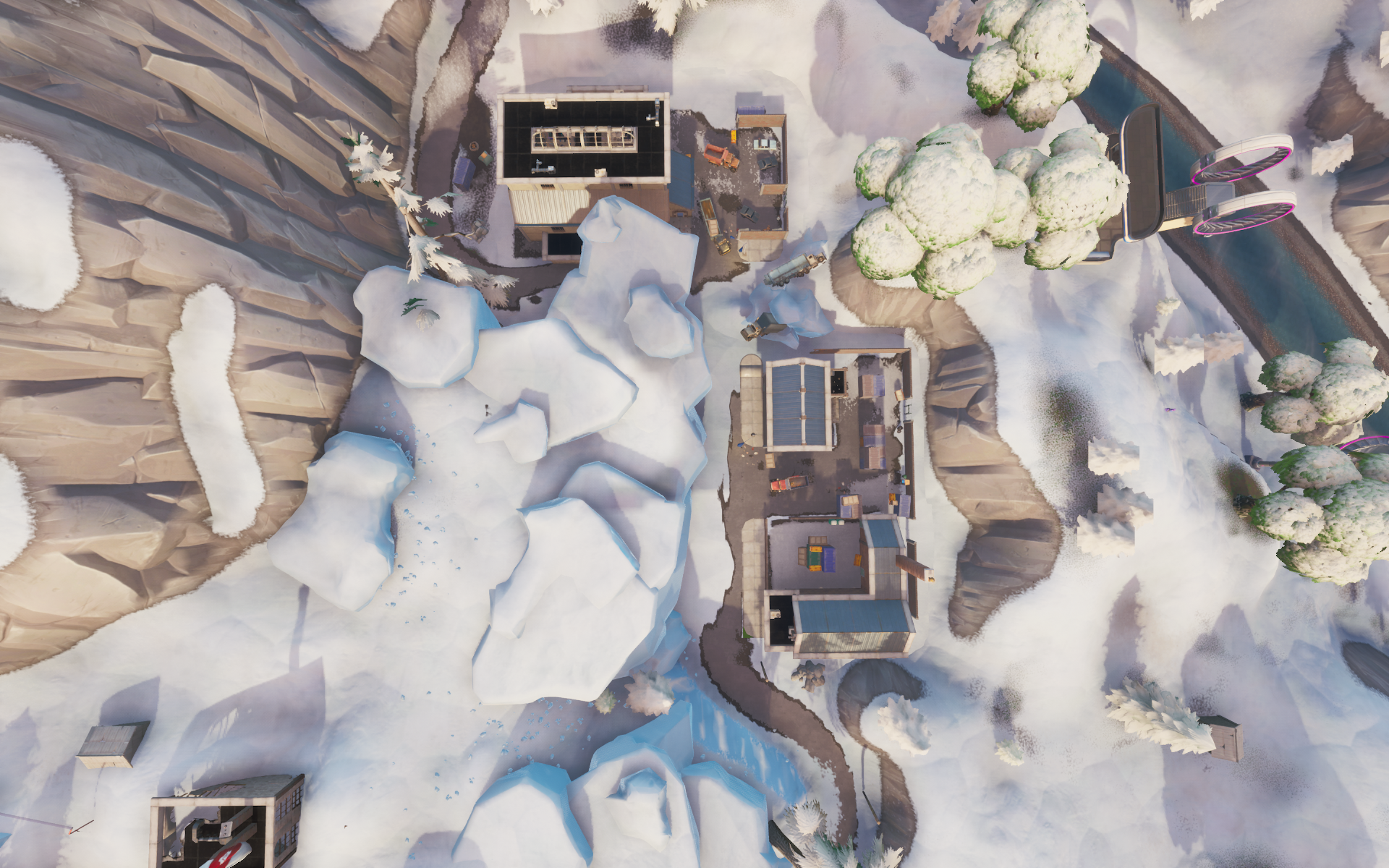 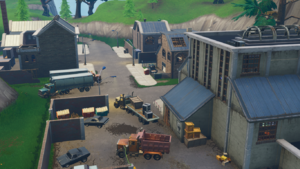 Warehouses in Season 4. The two warehouses behind the large club building were later crushed by the iceberg.