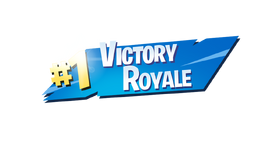 How to get a Victory Royale?[edit | edit source]