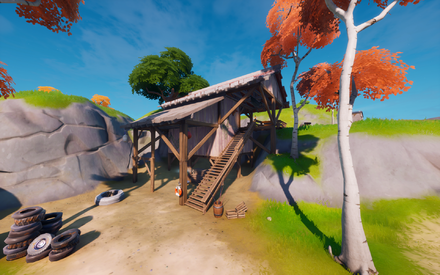 Unremarkable Shack is a Landmark in Battle Royale added in Chapter 2 Season 1, located inside the coordinate D1. It is a wooden shack, located on a small island off the north coast of the Battle Royale mainland. It has a basement whose entrance is hidden behind a bookshelf, containing control panels. a bunker can also be found here. Also on the island is another smaller shack, like those found across the map.