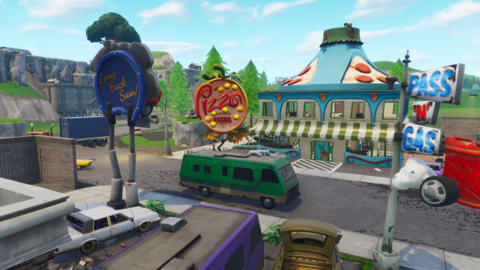 Tomato Town was an area on the Battle Royale map located at northeast coordinates G3-G4, north of Dusty Divot/Dusty Depot (Until Season 4) and west of Wailing Woods. It was a small town with a pizza pit, taco place, gas station, car dealership and a convenience store.

On Patch 5.30 of Season 5 Week 7, Tomato Town was replaced with Tomato Temple upon its terrain changes. A stone temple has replaced the Uncle Pete's Pizza Pit and extends its borders up to the isolated part of the area while a small portion of the town still remained until Season 8. 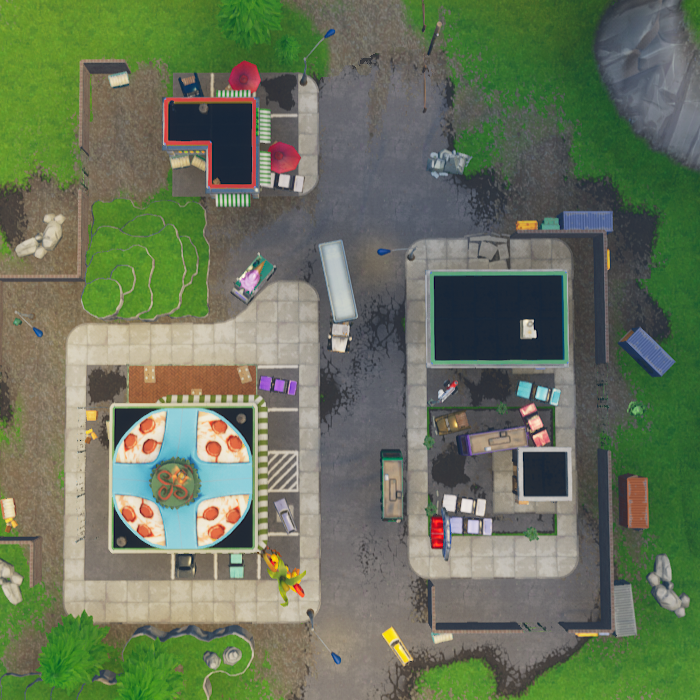