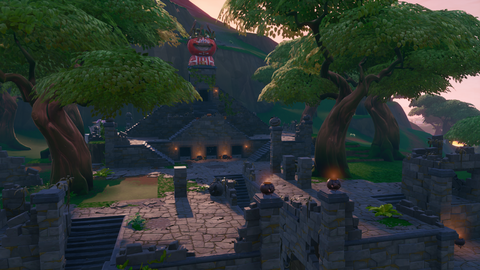 Tomato Temple was an unnamed POI on the Battle Royale map located at northeast coordinates G3-G4, north of Dusty Depot, far east of Loot Lake, east of Lazy Lagoon and west of Pressure Plant. It was a giant stone temple covered in vines and moss. A Tomatohead with a spork crown could be seen on top of the temple. Inside the temple, there are various bowls full of tomatoes, dim candle lit hallways, and a room full of ammo crates. The below ground section is full of stone ruins, stairs going up to the above ground section, and a few chest spawns. 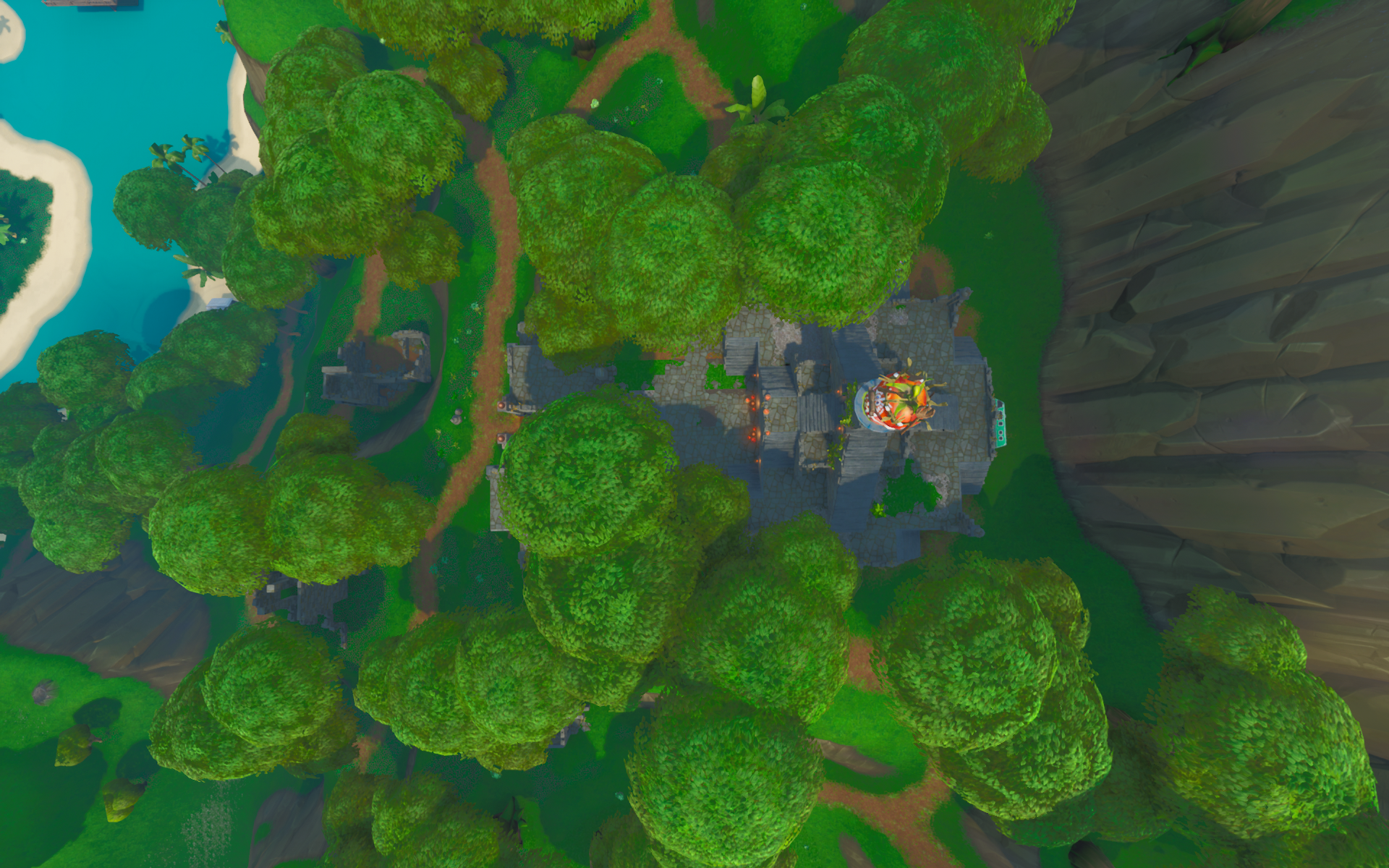 For more detail on houses and buildings,go to Tomato Temple/Buildings 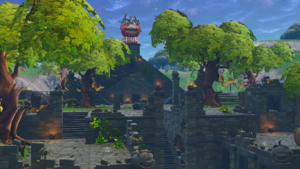