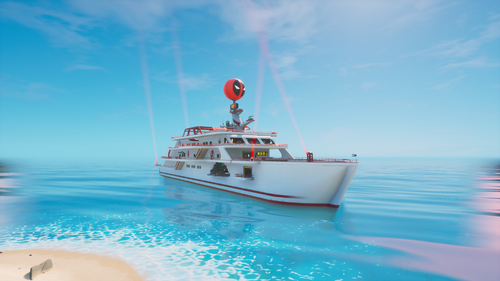 The Yacht is a named Point Of Interest in Battle Royale added in Chapter 2 Season 2, located inside the coordinate H1, north of Steamy Stacks and very far east of Craggy Cliffs. As the name implies, it is a giant yacht. The Reboot Van here is located on an island just next to the location. Deadpool patrols the area with his Mythic Hand Cannons. Before Deadpool took over the location, it was patrolled by the Ghost version of Meowscles.

For more details on structures, visit The Yacht/Buildings 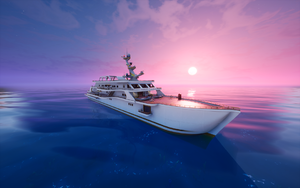 The Yacht, before being taken over by Deadpool 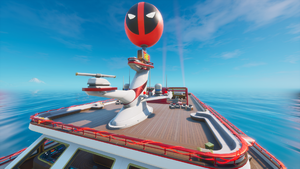 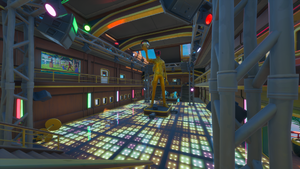 The dancefloor and the statue of Midas