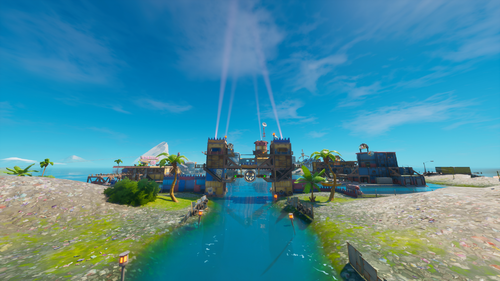 The Fortilla is a named Point Of Interest in Battle Royale added in Chapter 2 Season 3, located inside the coordinates B6 and B7. It contains Ghost Henchman and the Ocean boss. The Fortilla consists of an outer ring of islands, and a few buildings in the middle, one of which includes both the vault and the Choppa.

For more details on houses and buildings, visit The Fortilla/Buildings