From Fortnite Wiki
(Redirected from The End (Event))
Jump to: navigation, search 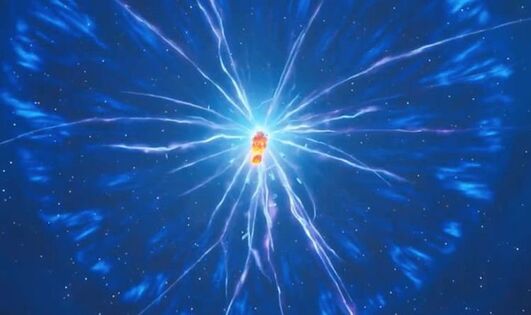 At the start of the event, the rocket at Dusty Depot took off and Rifted away into the sky, like it did in Season 4, but unlike before, it went into a Rift much sooner after it launched. All the Rifts above the Rift Zones activated. A single rocket came out of the rift over Greasy Grove, it flew down and turned upwards, flying past Dusty Depot and into a Rift over Lonely Lodge. The other Rifts over the Rift Zones at Gotham City, Retail Row, Moisty Palms, Starry Suburbs, the former Pandora (POI) Rift Zone and the new Rift above Dusty shot out 6 additional rockets that flew around into their own rifts (probably 1 for each of The Seven). They each came out of these Rifts again flew around the map, eventually going into the same Rift. A Rift opened behind the Meteor and a rocket came out of it flying around the meteor and creating a Rift at the Factories POI. All 7 rockets collided with this Rift multiple times, looping around the meteor until it unfroze and went into the "megarift". A few seconds later, a Rift appeared above Loot Lake and the original rocket came out. It pointed its laser at The Zero Point (likely a callback to Season 4's Rocket Launch) and crashed into it, creating a shockwave that knocked players into the sky. Shortly after, a much bigger Rift opened up and the meteor, surrounded by the remaining 6 rockets (which flew away) violently collided with The Zero Point. This ultimately created a much larger explosion and filled the island with stars. A few seconds later, the explosion effect started moving inwards and the Zero Point created a interdimensional vortex that sucked in the entirety of the game. This includes the island, players, and even menu elements. Players still in the lobby also experienced this particular part of the event.

After the event, players were greeted to a black screen with a small object with the appearance of a black hole emitting blue light. Over time, numbers would appear around it. During this state, if you were to enter the KONAMI code (UP UP DOWN DOWN LEFT RIGHT LEFT RIGHT B/CIRCLE A/X ENTER/MENU/OPTIONS/PLUS), you would be able to play a mini-game that replicates the arcade game seen in the Season 9 trailer. The mini-game was previously playable during the Fortnite World Cup livestreams in-game.