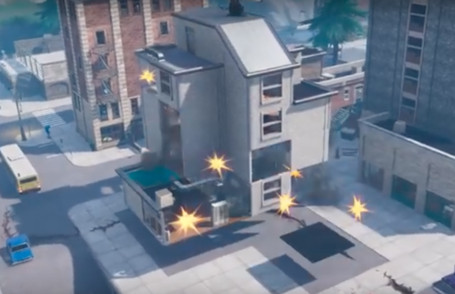 The new office building in Tilted Towers being destroyed.

The Earthquake Event was a event in season 7.

Many cracks formed in the ground over a period of time, mostly focusing around what is now the Jungle Biome, probably from the pressure building up from the forming volcano.

Eventually, a huge crack sweped through Tilted Towers destroying many cars and props. it made its way over to the new office building and destroyed it, creating its annual destruction for season 7.