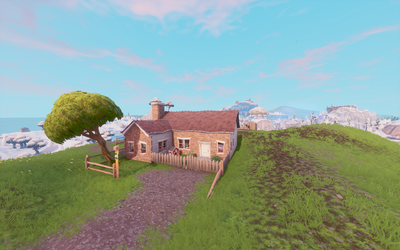 Hilltop House was a POI which had a house located on a hill filled with Carbide and Omega posters. It was located northwest of Fatal Fields, southeast of Shifty Shafts and southwest of Salty Springs.