This page will also be used for the leaked variant if and when it releases.

The Machine Pistol was an SMG in Battle Royale. It was available in Common, Uncommon, and Rare variants. It uses Light Bullets.

The Machine Pistol was Vaulted in Patch 2.5.0, making it therefore currently unavailable. It was vaulted because it was barely used by people with its low damage.

The weapon's code has been reused for the newer SMGs and then deleted, however, in Patch 10.00, new Machine Pistol files have appeared in the game files, hinting at it's plausible return.

The Common version of the new Machine Pistol was available temporarily in the Solid Gold LTM with the launch of Season X. It was replaced with the Legendary Compact SMG shortly after, as was intended. [1] 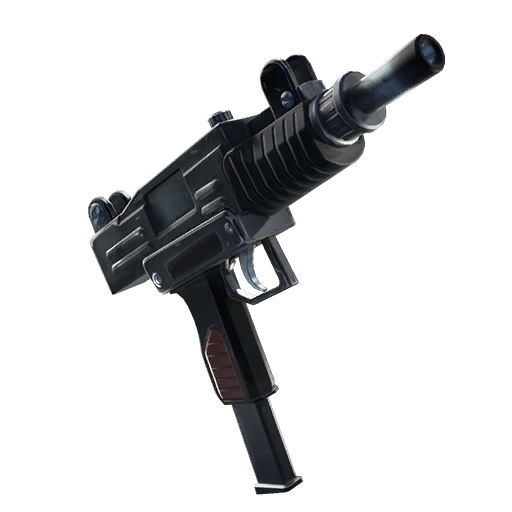