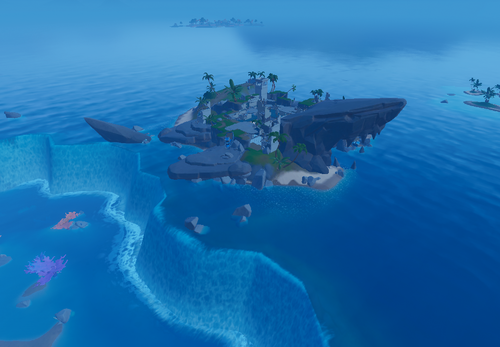 Sharky Shell is a Landmark in Battle Royale which replaced The Shark in Chapter 2 Season 3. It is located to the north of Coral Castle, far north of Sweaty Sands, west of Lockie’s Lighthouse, and northwest of Pleasant Park, in the top leftmost corner of the map. It is an island with a large destroyed prison that used to be owned by Ghost with a rock formation in the outline of a shark.