From Fortnite Wiki
(Redirected from Season 11)
Jump to: navigation, search

Season 1 of Chapter 2, or Season 11 of Battle Royale ran from October 15th, 2019 To February 19th, 2020. The theme of the season revolved around a new map and alter-egos of the battle pass characters.

The season featured significant changes in almost all elements of gameplay, such as a new map with new locations, new weapons and items, a overhaul of the game's challenge system and much more.

Unlike every other season in the game so far, this season did not receive any teasers prior to releasing. However, a few days before The End Event happened, 3 teasers hinting at a new map were released. Teasers in the traditional sense weren’t released.

The Battle Pass for Season 1 is a way to earn exclusive in-game rewards by playing Battle Royale during Chapter 2 Season 1 and is available for purchase for 950 V-Bucks. These rewards include: Outfits, Gliders, Wraps, Harvesting Tools, Back Blings, Emotes, Sprays, Contrails, Music, Loading Screens and more.

All in-game items that can be unlocked stay and do not expire. By leveling up, rewards are given in each level. Some rewards are free and can be earned by anyone, and most of them are required to have the Battle Pass. A bundle that includes automatic completion of the first 25 Levels is also offered for 2800 V-Bucks and can be purchased anytime during the season. The ability to gift the Battle Pass is still available.

Missions have stayed as the main challenges for Chapter 2 Season 1. There is one set of Prestige Missions that are more difficult, but reward a larger amount of XP. Most Missions are unlocked weekly like in any other season. By completing Missions, players can earn XP, and exclusive Loading Screens.

On December 14th, the Star Wars Challenges became available to every player, allowing them to earn a Star Wars related banner, back bling, and emote. The challenges required players to use weapons released during the time, such as a Lightsaber and a First Order Blaster Rifle.

On December 18th, more challenges came out for Winterfest. Every player would be able to complete challenges daily, and earn rewards from the challenges, including wraps, music, emotes, and more, involving both Winter and the start of 2020.

Battle Medals are a new mechanic in Battle Royale. They help a player level up easier, and are obtained by doing certain objectives as eliminating players, surviving, working with teammates, and searching chests/llamas/supply drops.

Achievements are also a new mechanic in Battle Royale. They are earned for completing a certain challenge, such as completing Missions, doing a specific action in a certain location, or by winning a number of matches during Chapter 2 Season 1.

Unvaulted Items (only for a day): 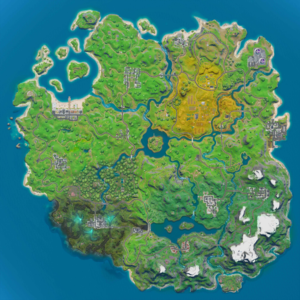