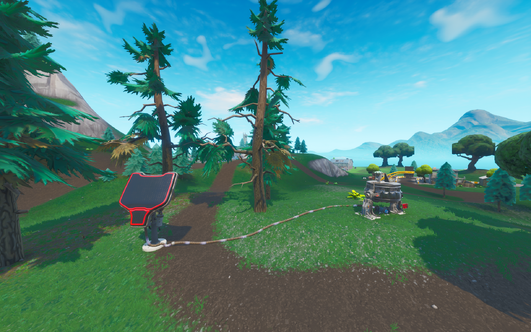 The Rift Beacon was a map changing device made by The Scientist in Battle Royale in Season 10/X. The Rift Beacon has the ability to change locations on the Battle Royale map, adding new locations or returning old locations. It shot a beam of electricity into the sky, until a dome appeared around the certain location, or in Stadium (POI), it exploded and destroyed the location.

Rift Beacons return in Chapter 2 Season 4. Instead of being made by The Scientist they are instead made by Tony Stark.