Retail Row is a named Point Of Interest in Battle Royale which was added to the map in Season 1, located inside the coordinates G6 and H6, northeast of Lazy Lake, north of Catty Corner and south of Dirty Docks. It is a retail store complex with a wide parking lot and a residential neighborhood beside the commercial area that consists mostly of houses.

Formerly, it was located southeast of Dusty Depot, south of Pressure Plant, west of Lonely Lodge, north of Moisty Palms and northeast of Salty Springs in Chapter 1.

Retail Row was removed when in Week 10 of Season 8, during the "Unvaulting Event", the Volcano erupted, destroying the entire shopping district of Retail Row, along with Tilted Towers. A taco shop and the residential district survived the eruption.

At the start of Season 9, the shopping district of Retail Row was reconstructed with a futuristic theme and was renamed to Mega Mall.

In Week 2 of Season 10, Mega Mall was turned back into Retail Row via a rift beacon constructed in the area. Cube monsters from Fortnitemares have also inhabited the area.

At the start of Chapter 2 Season 1, Retail Row was added to the new map, along with two other POI's from the old map. It is no longer contained within a rift zone or inhabited by cube monsters.

Every Fortnitemares the empty shop is converted into the Hey Boo! Shop for Halloween.

For more detail on buildings and houses, visit Retail Row/Buildings 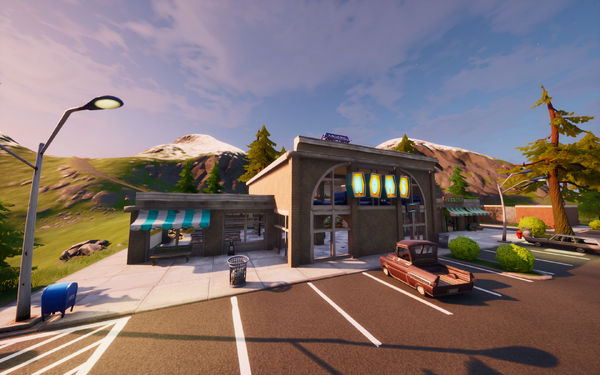 Chest can be found on the top of a shelf, in a store room. Another 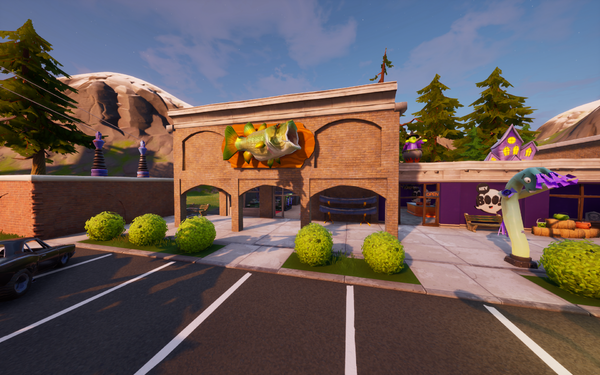 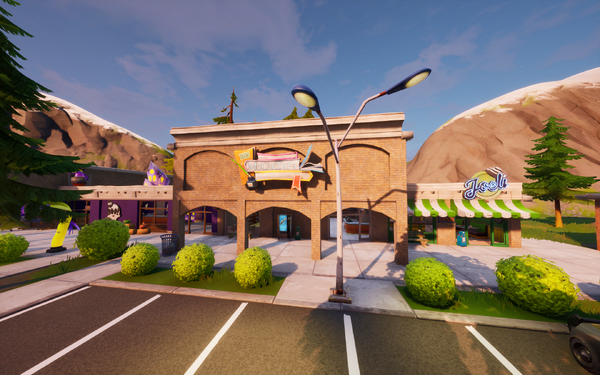