From Fortnite Wiki
(Redirected from Pueblo)
Jump to: navigation, search 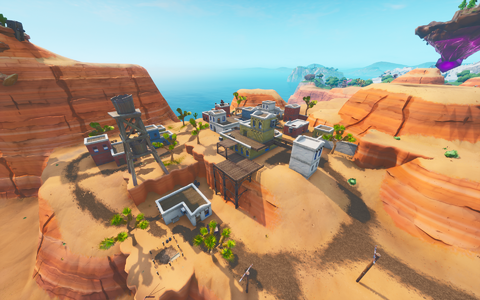 In week 4 of Season 10, a rift beacon was constructed nearby the gas station. This beacon caused it and the Trucker’s Oasis to be transformed into the Pandora POI.