The Proximity Mine is a Rare and Epic explosive item in Battle Royale. It was introduced in Patch 12.10. Once thrown, it will stick to most surfaces like a Remote Explosive would. Once a player walks close, shot by a weapon, effected by another Proximity Mine or another explosive, the Proximity Mine will quickly bounce up and explode and deal damage to anyone close. If an enemy throws a mine, you can quickly see that it is an enemy’s judging by the color beam projected from the middle of the mine. If it’s blue, it’s either your or your team's mine. If it is red it is an enemy's mine.

The Epic variant of the Proximity is exclusive to Spy Games.

The Proximity Mine has been vaulted on Patch 13.00. It was vaulted because not many people were using the item. 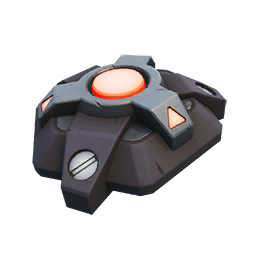