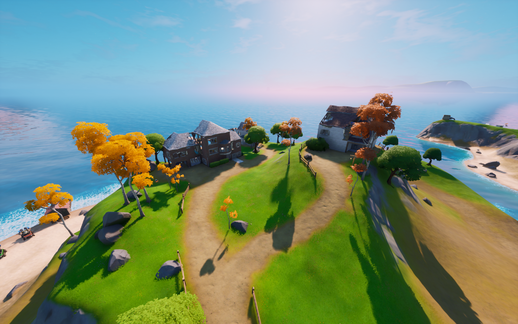 Pristine Point is a Landmark on the Battle Royale Map. it is located at the grid coordinate G1, and is east of Craggy Cliffs and northwest of Steamy Stacks.

It is composed of three worn-out houses by the shore, damaged by a landslide. The name of this landmark seems to be ironic as the definition of pristine is "clean and fresh as if new".