Peely is an Outfit in Battle Royale that could be obtained as a reward from Tier 47 of Battle Pass Season 8. The outfit "ripens" as the match processes, gaining brown spots. 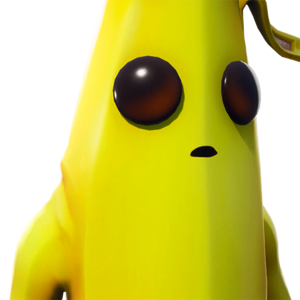