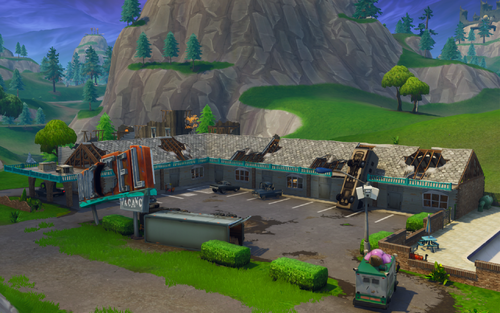 Motel Vacanic was an Unnamed Landmark in Battle Royale added in Season 2, located inside the coordinate D2, northeast of Pleasant Park and west of Lazy Links. It was a rundown motel with an empty pool, a small shack, destroyed houses and an overturned truck. The official name for it is Motel Vacanic, which is ironic because the Motel appears to be abandoned.

Motel Vacanic was introduced and added on Patch v2.2 of Season 2. On Season 4, a meteor struck the motel sign and left a hole and a small crater. In Season 5, the Motel sign disappeared, but later reappeared through a rift, with rifts scattered around it.

In week 5 of Season X/10, chunks of Motel Vacanic have appeared on the returning Floating Island. 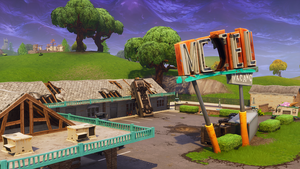 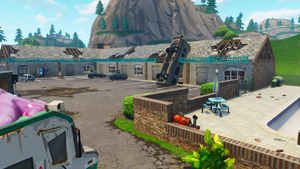