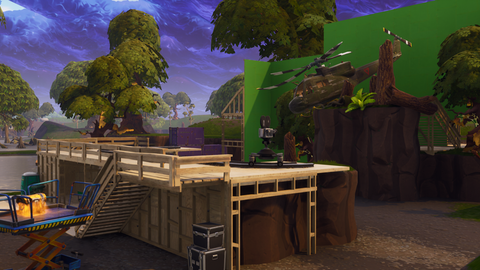 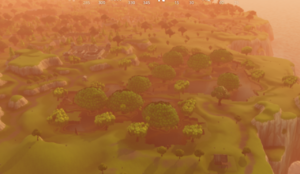 Moisty Mire as it appeared in Season 1.

Moisty Mire was an Point Of Interest which was added to the Map in Chapter 1 Season 1, located at south east coordinates I7-I8, J8, and G9-I9; located northeast of Lucky Landing and east of Fatal Fields. It was a giant remote swamp with lots of trees and a few cabins.

It was replaced with Paradise Palms, a desert city at the beginning of Season 5.

In week 7 of Season 10, a rift beacon was constructed at Paradise Palms. While this didn't directly bring back Moisty Mire, it created a mix of the two POIs called Moisty Palms.