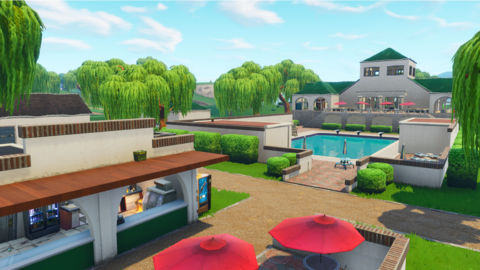 Lazy Links (Formerly Anarchy Acres) was a wealthy country club added to the Battle Royale map located at north coordinates F2-F3 west of The Block and north-east of Loot Lake. It replaced the previous Anarchy Acres which was in the same location. It was full of recreational sports with a pool, tennis courts, a 9-hole golf course and other amenities.

Lazy Links was added in Season 5 following the initial Patch 5.0 on July 12, 2018. Lazy Links was removed at the start of Season 8 replaced with Lazy Lagoon, a lakeside village with a pirate ship.