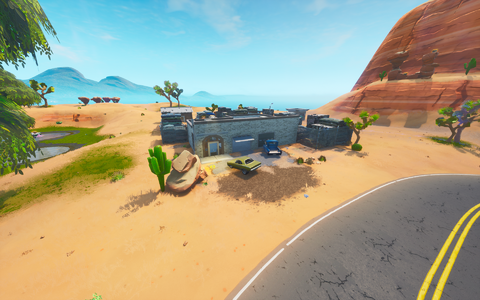 Junkyard was an unnamed POI in Battle Royale located southeast of Moisty Palms at the coordinates I9. It was similar to Junk Junction.