John Wick is an Outfit cosmetic item in Battle Royale that could be obtained in the Item Shop. The Assassin Pack back bling comes bundled with this outfit. 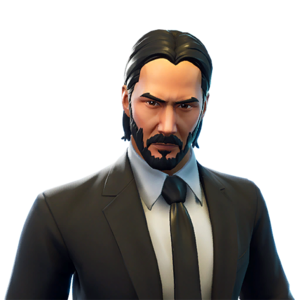