Isle Of The Storm (POI)

Isle Of The Storm was a landmark that replaced Eye Land in the middle of the map for the Fornitemares Event. It was similar to a corrupted area with purple vents in the ground and Cube Monsters out of crystals. The Storm King used to appear there during the Fortnitemares 2019 event until it ended. 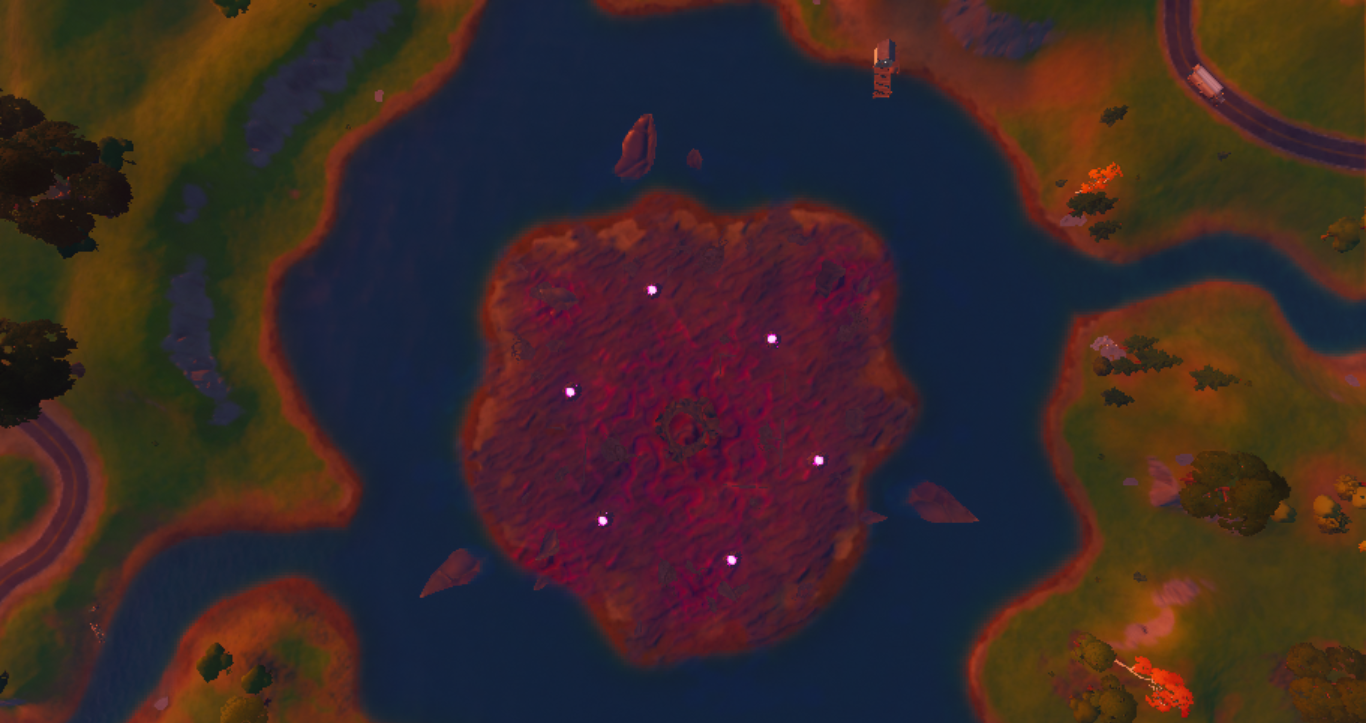