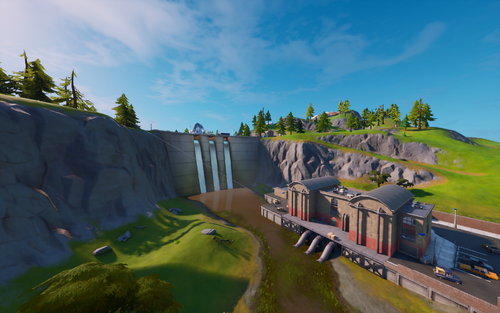 Hydro 16 is a Landmark in Battle Royale added in Chapter 2 Season 1, located inside the coordinates D7, E7 and E6, east of Slurpy Swamp and northwest of Misty Meadows. It is a power plant that feeds water from the river down into Slurpy Swamp. One of the most notable features is a large hydro dam with a road on it. The location also has a large power building as well as two smaller buildings on top of the dam, one of which appears to be converted into a museum.