Hut Watch is a POI located in G7 east Misty Meadows and north Yellow Steel Bridge. It is a small hut that contains a single chest and is underconstruction.it is known for being built overtime. It was given the name thanks to the youtuber, 'PlaystationGrenade' who dubbed it "Hut Watch" due to the obscenely long amount of time it took to construct the hut.

Hut Watch was a POI located between Fatal Fields and Salty Springs In F8.It formerly contained a single chest before getting crushed by a CUBE.

Before the Hut Watch, it was a small shack, before it was destroyed by the CUBE. 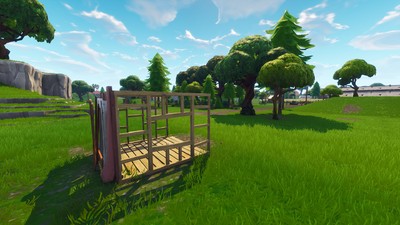 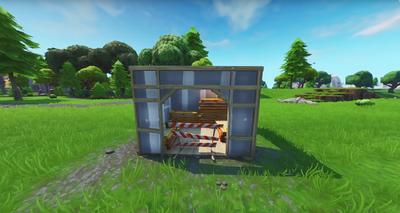 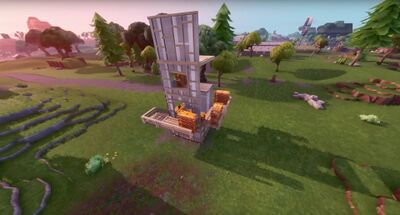 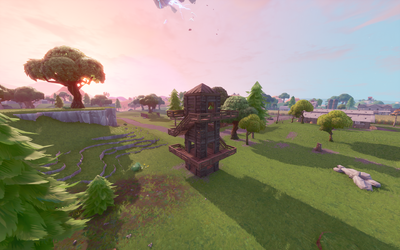