Hunting Rifle is a Sniper Rifle in Battle Royale. It is available in Uncommon, Rare, Epic and Legendary variants and has a head shot multiplier of 2.5x. It uses Heavy Bullets.

The Hunting Rifle's Rare variant has been unvaulted once again on Patch 11.3. It can only be found from Presents!. However the Hunting Rifle has been added to the vault on 11.31 Content Update #3 once again because of Winterfest ending and the Presents! being vaulted.

On Patch 12.00, the Epic and Legendary variants have been added to the game. It is currently only obtainable in Battle Lab if you set the loot pool to Sniper Shootout or One Shot and the actual Sniper Shootout and One Shot LTM. 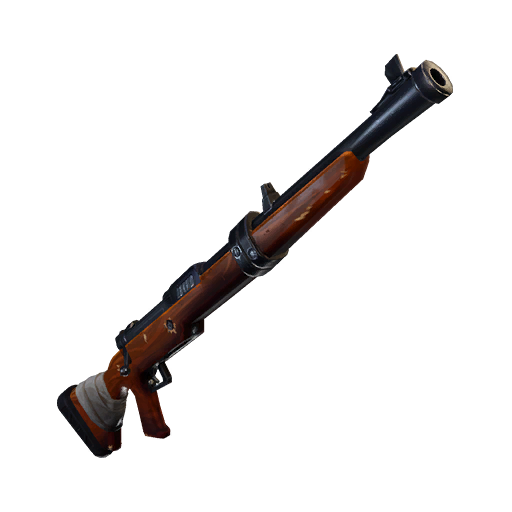 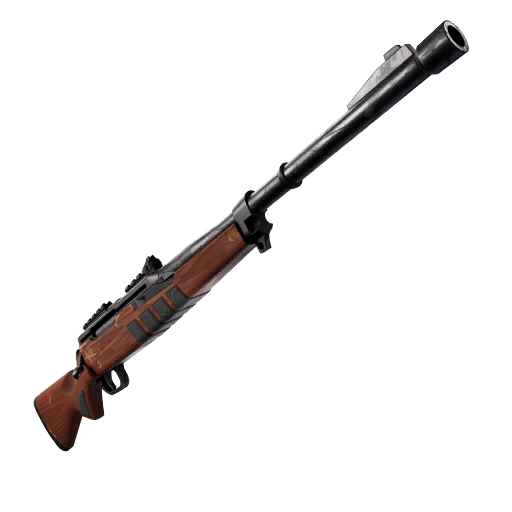 Since the Hunting Rifle doesn't have a scope, it is hard to hit long shots (+150 Meters for example), but it is very effective in medium ranged combats. You can try to start a fight with a hit, so the opponent starts with a significant lower health.

The bullet drop of the Hunting Rifle is very low, starting to fall at approximately 150 meters, similar to the Heavy Sniper Rifle, consider this while trying to go for a long shot.

Because of its bullet spread, reload time, and decent damage, it is the go-to-weapon for most players in sniper only modes and noscoping.

The Epic and Legendary Hunting Rifle’s hipfire accuracy is 2x(?) lower of the hipfire accuracy than the Uncommon and Rare variants, so you can hit noscopes with a way better chance of hitting that shot.