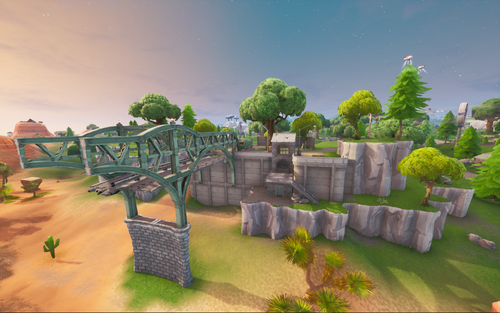 The remaining portion of the Green Bridge

Green Steel Bridge or Broken Bridge was an Unnamed Landmark in Battle Royale added in Season 1, located inside the coordinate H7. Originally, the bridge carried a road into Moisty Mire that connected to the Prison (POI). Until Season 5 when half the bridge was destroyed by the new desert biome and replaced be a wooden bridge, leaving a odd setting with a half wooden bridge on one side and the remaining half of the Green Steel Bridge on the other. 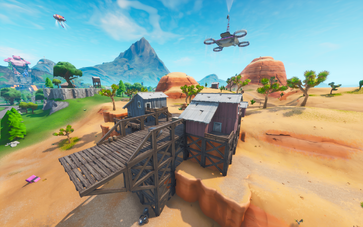