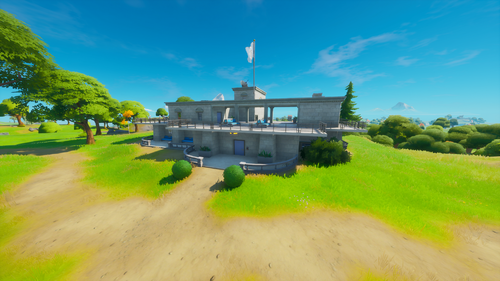 Ghost House is a Landmark in Battle Royale added in Chapter 2 Season 2, located inside the coordinate D5, east of Weeping Woods. It is a building constructed by Ghost. The building contains cameras, regular household items, and, interestingly, a booby trapped chest that when searched drops a player into a room with three turrets. The building might be some kind of training center for Ghost recruits, as school desks and chairs can be found both inside and outside the building.