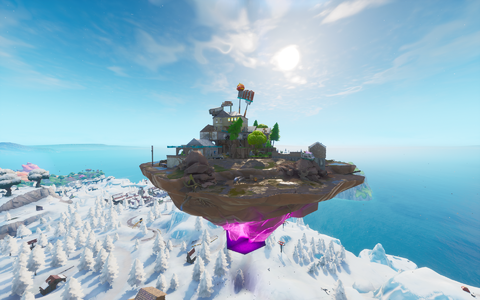 Floating Island was an unnamed POI on the Battle Royale Map, previously floating above Leaky Lake. The island had a whirlwind around it that allowed players to fly up to its surface, and redeploy gliders. The house from the original Loot Lake, the Motel and some other small pieces of landmarks could be found on the island.

It was originally added with the Season 6 patch, floating directly above Loot Lake. However, it eventually began to move toward each corrupted area and consume the power of each rune, before going back to the lake. In the Fortnitemares 2018 update, it was revealed that the Cube had destroyed the island, separating it into three chunks. During The Butterfly Event, the the Cube was destroyed, causing these three pieces to land in Loot Lake. In Season X, it was brought back (with a few changes) to the map via a Rift Beacon, appearing next to Fatal Fields. 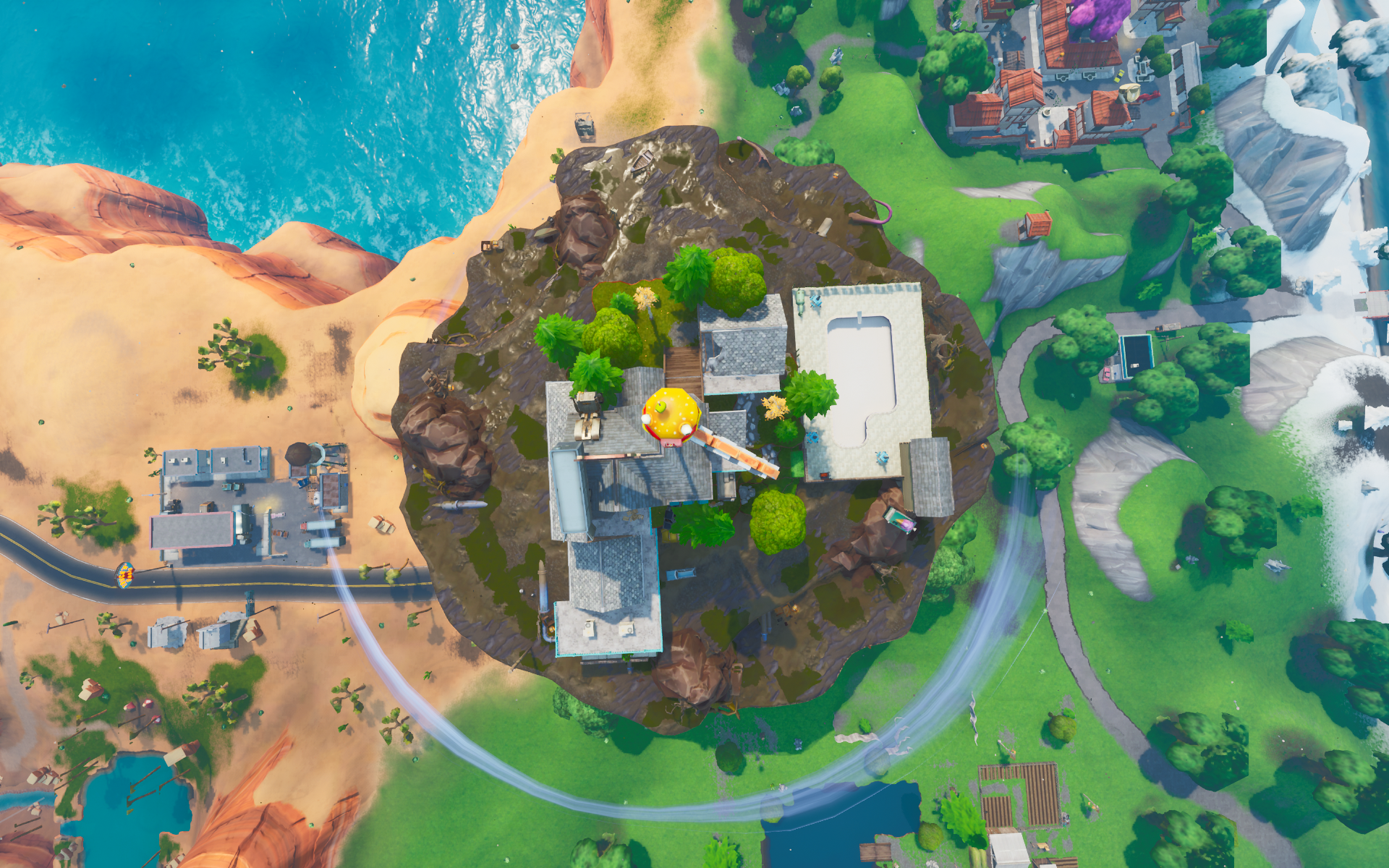 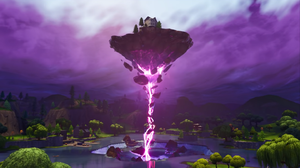 The Season 6 floating island, before it was blown up by the cube 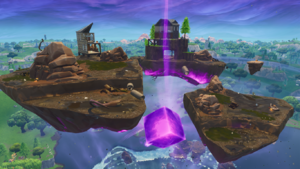 The floating island after the small explosion.