From Fortnite Wiki
(Redirected from Factory)
Jump to: navigation, search 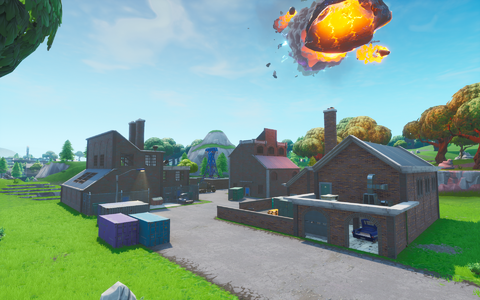 The Factory (Formerly Dusty Divot) was a POI located in G6, between Dusty Depot, Retail Row and Salty Springs. It consisted of three small warehouse buildings. In Season 4, a meteorite crashed on the factories, destroying them and the Dusty Depot, creating the Dusty Divot. However, in Season 10 they were brought back because of the energy orb at Loot Lake detonating and twisting time and space, the Factories have returned, alongside Dusty Depot.