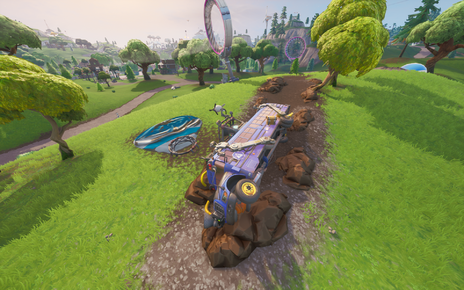 The Crashed Battle bus before Season 10 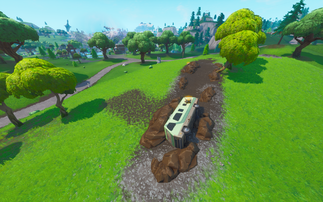 The Crashed Battle Bus was a landmark on the Battle Royale Map. It was placed near Lazy Links (later Lazy Lagoon) and Loot Lake/Leaky Lake. It was added in Fortnitemares (2018) as a reference to the cinematic trailer. It was a Battle Bus that had been carrying Deadfire in the trailer. it remand on the map until Season 10 when it was changed into a crashed RV.