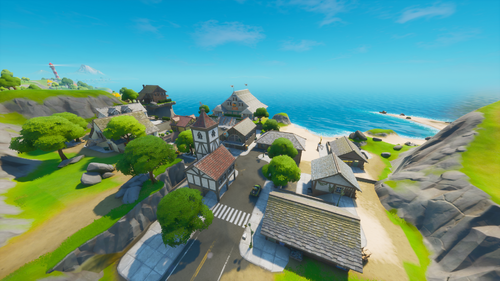 Craggy Cliffs is a unnamed Point Of Interest in Battle Royale added in Chapter 2 Season 1, located inside the coordinates E1, E2, F1 and F2, northwest of Steamy Stacks, northeast of Pleasant Park and north of Frenzy Farm. It is a small seaside town with a Fishsticks restaurant and a grand cliffside which is how the town got the name "Craggy Cliffs". Craggy Cliffs was the most northern named location on the map before The Yacht was added.