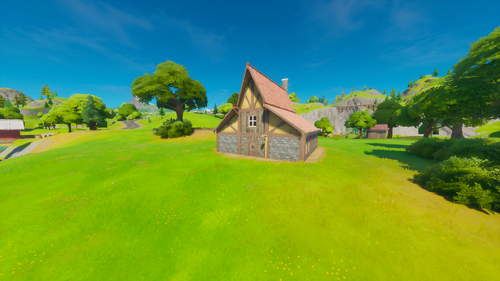 Crackshot's Cabin was a Landmark in Battle Royale added in Season 7 and again in Chapter 2 Season 1, located inside the coordinate E4, south of Frenzy Farm, north of Lazy Lake, and south east of The Agency. It is a cabin, seemingly to be owned by Crackshot. It is filled with multiple Christmas decorations, including a Christmas tree with presents and three chests below it.

From Season 7-10, it was Located North of Frosty Flights, west of Greasy Grove and south of Snobby Shores. 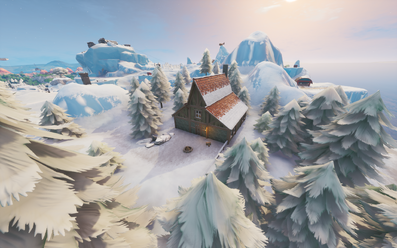