The Compact SMG was an SMG in Battle Royale. It was available in Epic and Legendary variants. It used Light Bullets, had a head shot multiplier of x2.0, and lacked first shot accuracy. The Compact SMG quickly fired low damage shots for long periods of time, but had mediocre accuracy, a long reload time, and very quickly decreasing damage at range. The Compact SMG could be found from floor loot, Chests, Vending Machines, Supply Drops, and Buried Treasure.

The Compact SMG has been added to the Vault on Patch 9.01, making it exclusively available in Creative. It was vaulted due to the release of the Tactical Assault Rifle, and due to Drum Gun being unvaulted.

The Compact SMG was unvaulted on July 1st for 24 hours, following the Scoped Revolver, this is the 7th item to be unvaulted in 14 Days of Summer event. 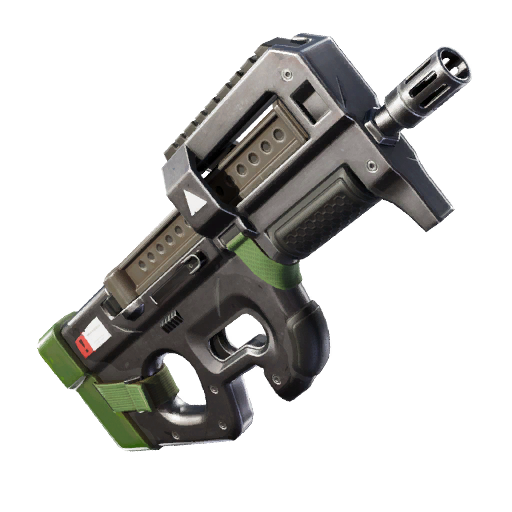 Compact SMG has a chance to appear among same weapon class in the following circumstances:[1]

Compact SMG has a chance to appear among all weapons in the following circumstances: