Chug Jug is a Legendary consumable healing item in Battle Royale. It takes 15 seconds to consume and grants the player full health and full shield. (Or 100 health and shields)[1] It cannot be stacked, like the Storm Flip.

In Patch 13.00, a new Mythic variant of the Chug Jug has been added, known as Ocean's Bottomless Chug Jug. It recharges itself after being used. It drops with the Mythic Ocean's Burst Assault Rifle and The Fortilla Keycard. The Legendary Chug Jug is still vaulted, though. And the Mythic variant was vaulted with the release of Chapter 2 Season 4.

The Legendary Chug Jug is available in the Unvaulted LTM.

The normal Legendary Chug Jug now shows when held, as shown below: 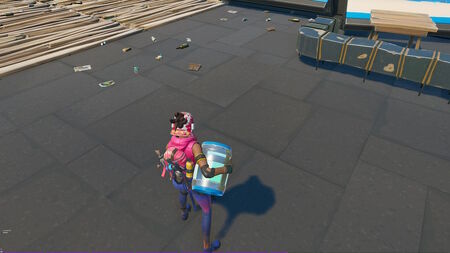 Chug Jug has a chance to appear among all utility items and consumables in the following circumstances: 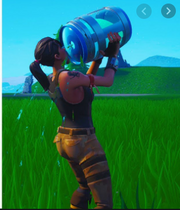