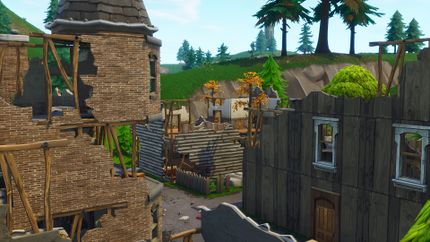 Starry Suburbs Ruins was an unnamed POI that was located north of Pleasant Park and southeast of Junk Junction. It was added in Season 2 and consisted of a collection of broken houses, one with a tower like structure that looked like a castle top. It was removed in Season 4 and replaced by the Open Soccer Stadium (POI).

For the longest time, people thought this location was a ruined castle but in Season 10, the location was revealed to not be a castle but suburban area named Starry Suburbs and the authentic design of the mansion made it look like a castle. 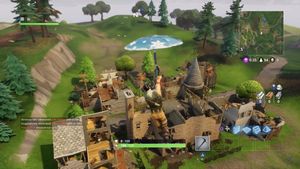