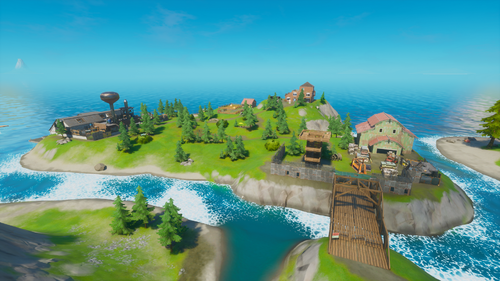 Camp Cod is a Landmark in Battle Royale added in Chapter 2 Season 1, located inside the coordinates F8 and G8, far southeast of Misty Meadows and far south of Lazy Lake. It is a small island which is connected by a bridge with storage area for what seems to be old objects from the Chapter 1 Map. This location has a total of 18 chests.

Many items from the Chapter 1 Battle Royale map can be found here, such as the following: