Burst SMG was an SMG in Battle Royale. It is available in Common, Uncommon and Rare. It fires a quick 4-round burst shot, has a 1.75x headshot multiplier and uses Light Bullets as ammunition. It has heavy recoil when fired.

The Burst SMG was vaulted in Patch 10.30 to bring back the Tactical Submachine Gun.

The Rapid Fire SMG was added in Patch 12.00 which shares the same model as the Burst SMG but it's full auto instead of burst. 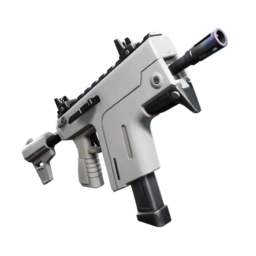