From Fortnite Wiki
(Redirected from Blasters)
Jump to: navigation, search

Blasters are large Mist Monsters with glowing eyes that fire lasers at players from long range. After a short charge-up accompanied by an audible charging sound, they fire lasers that deal high damage per shot. Their laser barrage can be stopped by staggering them with moderate- to high-impact weapons. They can also attack from melee range, but their laser is by far more dangerous.

They begin to be encountered in harder levels of Stonewood. 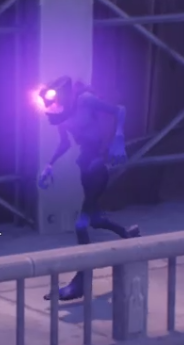