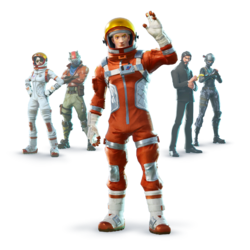 950 V-Bucks and for the first time, A bundle that includes automatic completion of the first

challenges upon reaching Tier 2. Battle Pass owners are given the Tier 100

challenges upon reaching the tier.

25,000 V-Bucks and can be typically attain within 75 to 150 hours of play. Purchasing the initial Battle Pass will instantly unlock the Mission Specialist outfit and buying the bundle will also unlock the Rust Lord outfit.