From Fortnite Wiki
(Redirected from B7)
Jump to: navigation, search 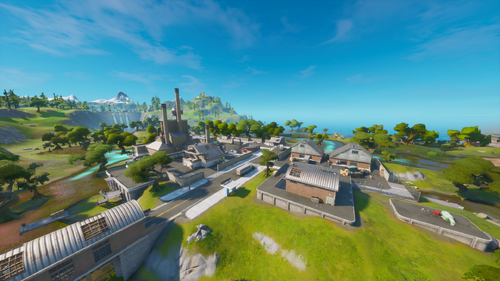 Slurpy Swamp is a named Point Of Interest in Battle Royale which was added to the map in Chapter 2 Season 1, located inside the coordinates C6 and C7, south of Weeping Woods, northwest of Misty Meadows and southeast of Holly Hedges. It is a large flooded swamp with many pools of slurp water that can be stood in to get health and shields. The most notable feature of the location is a giant Slurp Juice Factory.

Slurpy Swamp was almost completely flooded in Chapter 2 Season 3, with only 1 accessible chest remaining at the top of the factory. It has since been unflooded, and has returned to its previous state before Chapter 2 Season 2.

The main factory has many buildings, the main one looks very similar to Flush Factory, it has a large room with two unbreakable containers of Slurp Juice you can break the tops of them, reviling their slurpy contents if you stand in them they will give you shields. 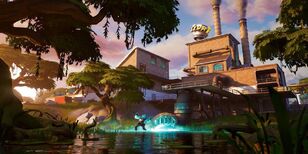