From Fortnite Wiki
(Redirected from B5)
Jump to: navigation, search 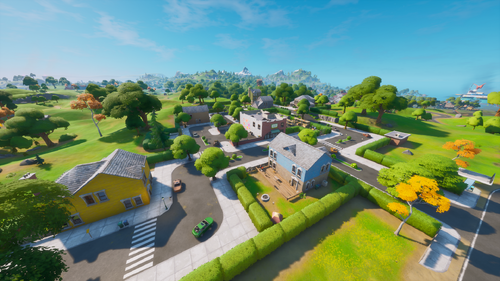 Holly Hedges is a named Point Of Interest in Battle Royale which was added to the map in Chapter 2 Season 1, located inside the coordinate B5, south of Sweaty Sands, west of Weeping Woods, southwest of Salty Springs and northwest of Slurpy Swamp. It is a small suburban town that has hedges surrounding the outskirts. There are a bunch of houses surrounding the area, along with a Garden Center in the middle of the town. Plants can be found in all the houses. Holly Hedges is currently the most western named location on the Fortnite Chapter 2 map. Holly Hedges has a total of 14 chests.