Drop into the fun in a brand new Limited Time Mode or pump it up with new rarities for the Pump Shotgun. Deploy R.O.S.I.E with the latest Constructor to make their debut and Canny Valley Act 2 arrives! 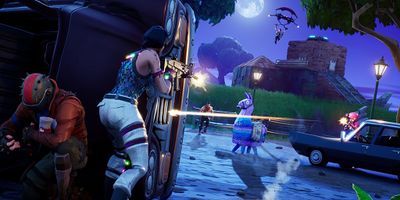 Two large teams fight for the Victory Royale in an action-packed mode where the first team to get 100 eliminations wins!

We’re excited to announce that for a limited time we’ll be offering Gifting with the release of our v6.31 update! This initial gifting period will last one week after the release of the update.