Celebrate #Fortnite1st with friends. Find birthday cake throughout the world and earn special cosmetics by completing challenges and quests in-game.

Playground is back and better than before. Challenge your friends to a duel and build incredible structures on your own private island. Wield the new Legendary weapon in Battle Royale, the Compact SMG.

The Save the World storyline continues in the Canny Valley campaign. Get in-game and complete the Fortnite Birthday questline to unlock a special birthday reward! 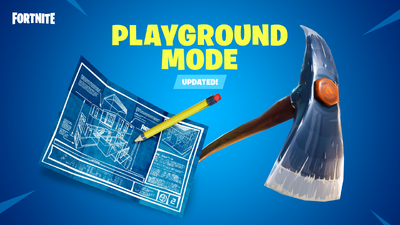 Playground is a low-pressure environment where friends can let their creativity run wild. Build massive structures. Practice with the weapons and items. Fight against your friends. This mode returns with improvements for a limited time on Wednesday, July 25. Have fun!