Players, start your Carts! Patch v4.3 introduces Shopping Carts to Battle Royale. Ride solo or grab a friend to cover you as you roll around the map together.

Lights, camera, action! Complete part two of the Blockbuster questline in Save the World. Finish and unlock the newest Mythic Hero!

Have feedback? Let us know on our social channels.

Ready, set, GO! Race across the map in Shopping Carts. Find one in Battle Royale now.

Know your goals! UI elements have been added so you can track your Challenges in-match. 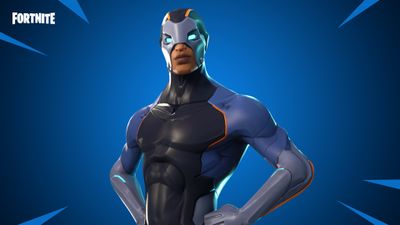 Blockbuster returns with part two - A Hero is Born. Reunite with Ray and join the effort to save Spitfire. Part two of the Blockbuster Event is playing now!

VOIP on PC (Save the World)

Communication is key. Talk to your team over voice chat on PC.

SAVE THE WORLD[edit | edit source]

Blockbuster Questline Returns!   Where is Ray? What will become of Spitfire? Who is that mysterious hooded stranger? The answers to these questions and more in - Blockbuster 2: A Hero Is Born.