This weeks v3.5 Content Update introduces a powerful new weapon to Battle Royale and a new questline to explore in Save the World. 50v50 is BACK and bigger than before. Two teams, two buses, one Victory Royale. PLAY NOW!

Two teams will clash in the updated 50v50 Limited Time Mode. The battle begins on Thursday, April 19. Be the first to the frontline! 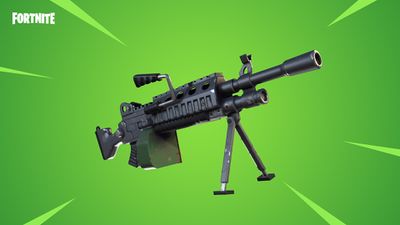 Lock and load! This weapon’s fast rate of fire and 100 round magazine keeps squads pinned down from a distance.

Into the Storm: Encore (Save the World)[edit | edit source] 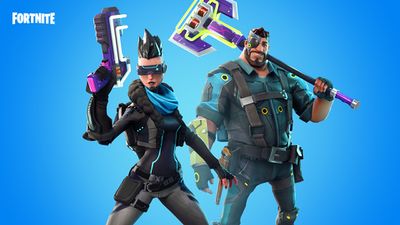 Venture into the storm with Lars, great treasures and dangers await. Overcome these challenges and unlock your choice of one of the new Cyberpunk Heroes. 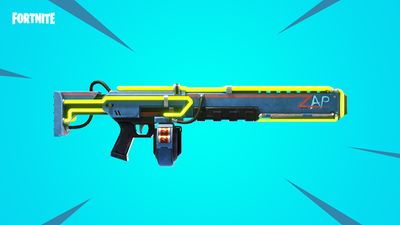 This energy machinegun has a massive magazine containing enough firepower to annihilate an entire wave of Husks! Find it in the Event Store.

Wanting to track the top community issues? Head over to our snazzy Fortnite | Community Issues Trello board here [2].