Top o’ the mornin! The battle is really BOOM-ing with Battle Royale’s latest weapon… Remote Explosives! Save the World’s Spring it On! event sees the addition of a new, lucky questline and gains a new Hero who’s as green as a four-leafed clover. One more thing… Fortnite Battle Royale is coming to Mobile! We couldn’t be more excited to bring the game you all love to your hand-held devices. Head to fortnite.com/mobile for more details. 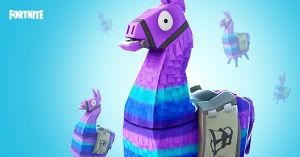 Find loot in the most unexpected of places. The Supply Llama has joined the battle.

Luck of the Storm Questline (Save the World)[edit | edit source] 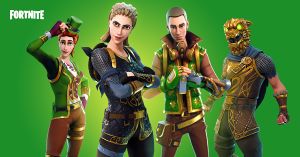 Charge your abilities by defeating enemies and be the lucky charm we’ve always needed!

This patch includes a reversion of the Critical Chance re-balance done in the v3.2 update, and a pass to fix bugs and balance problems with the stat caps.