Valentine’s day is coming and Fortnite is getting in the spirit. Feeling lovey-dovey? Then grab yourself Valentine’s Day themed skins in Battle Royale. Gunpowder, not your thing? The new Crossbow allows you to hunt your prey the old-fashioned way. Eliminate your targets with stealth and finesse with this new addition. Need more love? For our Save the World fans, our new Valentines themed quest starts next week! This is a light week for patch notes, but don’t worry, we have plenty more to bring you in the coming weeks! 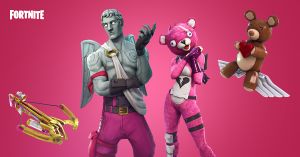 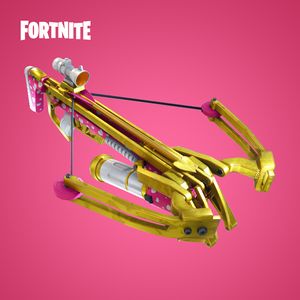 The Crossbow is the newest weapon addition to Battle Royale. Nock those arrows!

This is a light week for patch notes, but fear not! We have plenty to bring you in the following weeks. Quests, events, bug fixes, quality of life improvements and more. Below you can see our current roadmap for big things to expect in upcoming Save the World updates.